Prevent Coil Gunk and Save Money on Vaping Coils

HomeVaping 101Prevent Coil Gunk and Save Money on Vaping Coils

Coil gunk is probably the most bothersome problem facing vapers today. When that telltale flavor of burned sugar begins to creep in, you know that your coil is toast — and with today’s popular combination of heavily sweetened e-liquids and extremely powerful vaping coils, coil gunk can ruin a new coil in a matter of hours.

Replacement coils are expensive if you need a new one every day. If you’re sensitive to the signature burned sugar flavor of coil gunk, though, it’s difficult to resist replacing your coil as soon as that taste starts to creep in because it makes every e-liquid taste the same. If you began vaping within the last year or two, it might be difficult for you to imagine a vaping experience in which coil gunk doesn’t play a major role. Believe it or not, though, some people use their coils for weeks with no noticeable decline in flavor or vapor production.

How would you like to spend a fraction of what you now spend on vaping coils? If increasing coil longevity would improve the quality of your vaping experience, read on. It all begins with preventing coil gunk.

What Is Coil Gunk?

Coil gunk is the not-too-scientific name invented by the vaping community for the dark film that forms on atomizer coils with extended use. That film is the residue of the flavors and sweeteners in your e-liquid. At first, it presents itself as a mild burned sugar taste. Over time, that flavor grows stronger until it becomes difficult to taste anything else. Eventually, the layer of film becomes so thick that it prevents your atomizer coil’s wick from functioning properly. The atomizer coil — now becoming very hot because the wick isn’t keeping it fed with e-liquid — causes the gunk to burn. Once the coil reaches that stage, you’ll notice the flavor of burned cotton when you vape. You may also feel irritation in the back of your throat. When you finally remove the coil from your tank, you’ll notice that the heating wire and the wick surrounding it are completely black.

Sucralose — a sweetener sold in stores under the brand name Splenda — is the top cause of coil gunk. Sucralose is the most common e-liquid sweetener, and it makes e-liquids with candy, fruit and bakery flavor profiles absolutely pop with sweetness. Sweetened e-liquids are extremely popular among mainstream vapers, and it’s become increasingly hard to find a widely distributed e-liquid that doesn’t contain at least a little sweetener. The problem with sucralose, though, is that it doesn’t vaporize; it caramelizes. As suralose browns, it becomes sticky and forms a film on your atomizer coil.

Sucralose isn’t the only component of e-liquid that contributes to coil gunk. Ethyl maltol — a flavoring compound that tastes like cotton candy — and some natural tobacco extracts are known to shorten coil life. Since the exact ingredients of e-liquids — and often the flavoring compounds themselves — are proprietary, the only way to tell whether a given e-liquid will shorten coil life is by trying it.

Why Is Coil Gunk so Common?

When you search online for advice about preventing coil gunk, you’ll notice that most of the articles have relatively recent publication dates. That’s because two factors have combined to make coil gunk a more common problem today than it was in the past. The first factor is that almost all mainstream e-liquids sold today contain added sweeteners. Just a few years ago, sweetened e-liquids weren’t common at all. The second factor is that, thanks to the ever increasing power of vaping devices and sub-ohm tanks, people consume more e-liquid today than ever before.

How to Prevent Coil Gunk

At this point, you have a better understanding of the factors that contribute to coil gunk. If you want to prevent coil gunk from impacting your taste buds and your wallet, you have two options for dealing with it. The first option is to start building your own coils and replace your coils more often than you currently do. If you don’t already build your own coils, though, it’s probably because you don’t want to. Coil building is tedious and time consuming. If you use a mechanical mod, it’s even potentially dangerous.

Switch to an Unsweetened E-Liquid

If you prefer the convenience of pre-made coils and want to prevent coil gunk from ruining your day, you need to change something about the way you vape. Since sucralose is the most common cause of coil gunk, you’ll experience the most dramatic reduction if you simply switch to an unsweetened e-liquid. To do that, though, you may have to step out of your comfort zone and seek out some smaller independent e-liquid makers because most e-liquid brands with wide-scale distribution are sweetened. Many smaller brands don’t add sweeteners to their e-liquids because they cater specifically to vapers who hate coil gunk. It might surprise you to learn how delicious unsweetened e-liquids can be. Sweetener tends to muddle the flavor of an e-liquid. Without it, you’ll taste more complex and interesting flavor profiles that you may not have noticed before.

Reduce the Flavor Concentration of Your E-Liquid

If you love the flavor of your e-liquid as it is and don’t want to eliminate the sweetener, you can slow the formation of coil gunk by diluting your e-liquid with a bit of unflavored e-liquid. You might even consider using an unflavored e-liquid on its own. Vegetable glycerin has a mild, sweet flavor that many people find quite pleasant. Flavors and sweeteners are the top causes of coil gunk. If you eliminate those, your coils will last for weeks at a time.

Switch to a Lower-Output Vaping Device

We understand how delicious sweetened e-liquids can be, and we know that those candy, dessert and cereal flavors can be hard to give up. If you love your e-liquid as it is and don’t want to change it, try reducing your consumption of e-liquid instead by switching to a smaller vaping device or less powerful tank. Do you really need a personal fog machine to feel satisfied, or would you be just as happy with slightly smaller vapor clouds? If you get out of the cloud chasing game, you’ll use less e-liquid. You’ll also spend less on e-liquid, and your coils will last much longer. 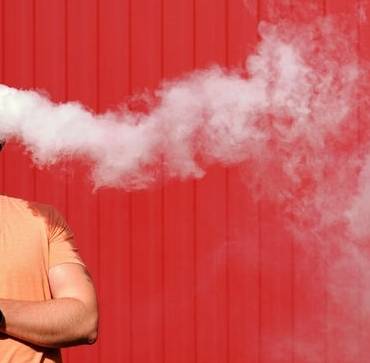 What Is the Best Vaping Coil for Your Device? 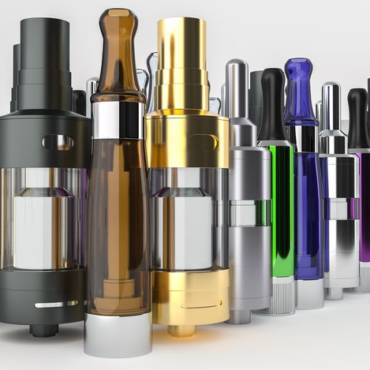 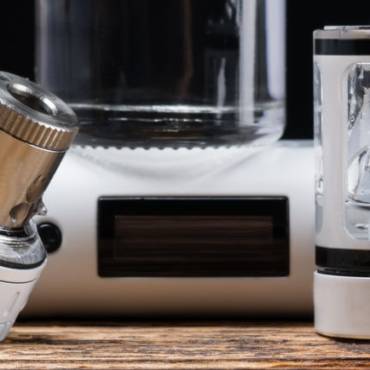